At the end of the Summer of 2019 I received a phone call from Marco Bertoni, a musician whom I met in the first years of the ‘80s, when he was a component of the Confusional Quartet. The musical scene of Bologna was quite alive in those years: the punk-no-wave wind was blowing, and melting with the last rushes of the insurrectional storm of 1977. The spectacular Skiantos, the radical-punk Gaz Nevada, the futuristic Stupid Set, and others whose name I don’t remember made of Bologna the heart of musical innovation. The Confusional were the most cultivated, refined, more contemporary music than pop, more cold jazz than hot punk-rock.

Forty years after, in August 2019, Marco told me that he wanted to create an opera that only the title he had in his mind. And he wanted to do that opera together with me, I don’t know why. The title stroke me as an electric impulse, because it was synthesising many of the lines that are traversing our time: great migration, great rejection, abstract techno-financial violence, and concrete violence of the returning Nazism. When he told me the title we immediately got tuned.

I imagined a young hondurena mother at the border between Tijuana and San Diego, but at the border there armed guards and now she does not know where to go and what to do, and sitting on the sand she curdles hers child. But she might also be a young Nigerian woman, or Tunisian, in a rubber boat that is trying to reach the Sicilian coast.

Marco and I have tried to imagine what a young mother who has engendered a sensitive and vulnerable being feels, when she understands what kind of world is the world in which the child is expected to grow.

Is there any reason why we should procreate?

In the movie Kafarnaum the Lebanese director Nadine Labaki tells the story of a Sirian child twenty years old, who is dwelling in a refugee camp of Beirut, and at a certain point report to the judiciary his own parents because they have put him in the world. The Labaki’s movie has been the main inspiration for the texts that I wrote under the title Wrong Ninna Nanna: poems that are crumpled in the anguish of an age that has no more hope.

We started working on the opera during the Fall of the convulsion, the gigantic revolts that exploded from Hong Kong to Santiago, from Beirut to Barcelona to Quito to Paris in the last months of 2019.

Marco used all the musical instruments that Mother Nature has endowed him: wind, crows, sparrows, flowing water, and also his furiously shrill pianoforte, and choirs of angelical enigmatic voices.

Then we asked a friend whom I met in New York when I was a musical writer, and Marco has known during his musical career, a woman who is one of the greatest musical performers of our time: Lydia Lunch. She told yes, and recorded some of the pieces in her own studio then she sent us the recordings so the editing process could begin.

Then I wrote to Bobby Gillespie, the magnificent voice of the Primal Scream. Do you want to take part reciting or singing or doing whatever you want? He told yes.

Then came the coronavirus, the pandemics and the lockdown, so the Curse was perfectly accomplished, and we wrote an introductory piece that is titled Earth and World, for abstract voice, for a non human voice.

A producer has proposed a vinile edition. Yes, but when? Sooner or later. So in the meanwhile, we want to launch online this opera which is the soundtrack of the apocalypse.

We spoke with our friends Cuoghi Corsello, artists that I have been knowing since when in the ‘80s their tags were adorning the walls of the banlieux of Bologna, and we asked them to collaborate for the creation of the video track of Wrong Ninna Nanna. We met just the day before the beginning of the lockdown, and in the creative solitude of the last three months CC have created the video of many pieces of WNN. The others have been created by Marco Bertoni with the help of his son, F J Bertoni. 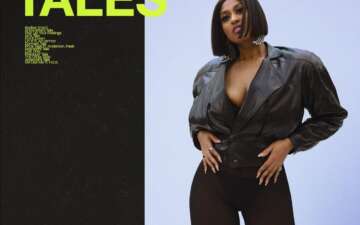 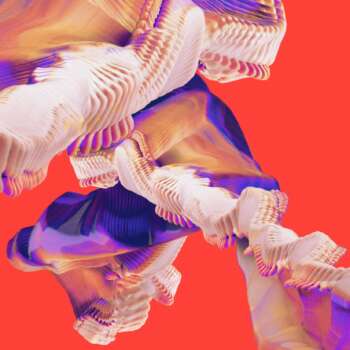 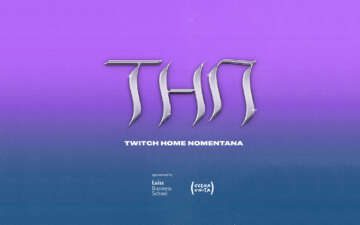